The picture is like a scene from Agatha Christie’s Monsieur Pairot. Yes, it is French and British, and no it is not in Europe but in Ethiopia.

It was like a visual picture of a short colonial history in Ethiopia. Ethiopia only had been an Italian colony between 1936-1941. However, the Ethiopian crown had partied with Stalin’s Russia and Queen’s England to get rid of age’s Fascist Italy. After Italian’s presence there had been times that the country felt differing power conflicts between French, British and Americans on the region.

When Menelik II died, his grandson, Lij Iyassu, succeeded to the throne but soon lost support because of his Muslim ties. He was deposed in 1916 by the Christian nobility, and Menelik’s daughter, Zauditu, was made empress. Her cousin, Ras Tafari Makonnen, was made regent and successor to the throne.

Upon the death of Empress Zauditu in 1930, Ras Tafari Makonnen, adopting the throne name Haile Selassie, was crowned Emperor Haile Selassie I of Ethiopia. His full title was “His Imperial Majesty Haile Selassie I, Conquering Lion of the Tribe of Judah, King of Kings of Ethiopia and Elect of God.” (from Wikipedia)

The old railway was built by French Company ….

Menelik granted the first railway concession, from the coast at Djibouti (French Somaliland) to the interior, to a French company in 1894. The railway was completed to Dire Dawa, 28

Interesting thing about train station, although Ethiopia had this age’s biggest initiation, now the station is totally deserted. However, all engineers and workers still reside in the area and as we were informed by our guard, all speak fluent French. (I have no idea of French, so special thanks to my friend Figen for simultaneous translation from French to Turkish during our visit. What a luxury! )

They have multiple special luxery wagons that were given as a gift from French and Queen’s England during the reign of Haile Selassie. The following pictures are from these wagons.

The following pictures are from the other parts of the station which is also known as “Old Train Station Addis Ababa”. 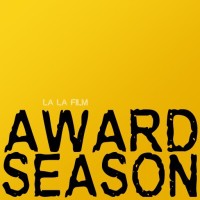